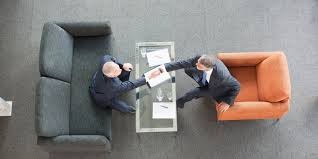 I recently walked into my local coffee shop and saw a wall covered in posted notes with handwritten customer comments about what they are thankful for this time of year. If I were to look for a similar gratitude wall in most workplaces, it is unlikely I would find one.

Let’s face it, showing gratitude is rare in most workplaces. Even while there have been numerous studies on the positive relationship between gratitude and work engagement, the concept isn’t often embraced by the people in charge.

Some bosses fear saying thank you to staff will weaken their authority, while others worry employees will take advantage of them if they show gratitude. There are also some managers who believe they already thank their staff by giving them a paying job, and some who will argue that because they don’t receive appreciation, there is no need to dole it out.

It is no surprise that people are less likely to feel or express gratitude at work than anyplace else, according to a 2012 survey of 2,000 Americans by the John Templeton Foundation. “It’s the habit that people bring to the workplace,” says Emiliana Simon-Thomas, science director at the Greater Good Science Center at the University of California, Berkeley. “They feel reluctant at work to say thank you but those bosses who do actually tend to be more respected.”

A few years ago, I wrote about a company that gave its workers turkeys every Thanksgiving to show appreciation. One year when the company was going through tough times, it eliminated the gesture. Employees were irate and the owner angrily told me it had become an expectation by his workers rather than an appreciated gesture.

Clearly, creating a culture of gratitude can be tricky. For one corporate leader, finding the right approach was a learning process. When Craig Ceccanti, CEO of Pinot’s Palette, a chain of studios where customers drink wine and paint, gave his employees high-fives and thanked them often for their work building his paint and sip concept into a national franchise, the show of gratitude backfired: “They began not working as hard and not striving for the next level.”

Ceccanti says he finally figured out the right way to show gratitude with his new team in place. With some employees, he will take them to lunch and say thank you for good work: “They want that one-on-one attention.” With others, he will recognize a special accomplishment during a Monday morning staff meeting: “They want to be recognized in front of the team, especially when it’s for something that’s not obvious.”

Where money is tight and people work hard, managers may find a show of gratitude can boost employee commitment, even without a costly company-wide rewards or recognition program.

Dr. Jason Pirozzolo approaches gratitude at the office the way his mother taught him as a kid — through handwritten thank you notes. Pirozzolo, director of Sports Medicine at Orlando Hand Surgery Associates, says he writes thank-you notes to employees for specific efforts they make: “It does not matter if one of our employees makes $45,000 or $200,000, they will get used to the paycheck and may become complacent and lose appreciation for their job situation. Hand-written notes help to keep them from getting complacent or taking even an average job for granted.”

Researchers say the desire to receive positive reinforcement for a job well done is even important to millennials who are less salary-driven and more appreciation-driven.

Jimmy Sinis, a 30-year-old design manager, says lack of gratitude spurred him to leave his former job. After pulling numerous late nights to meet new expedited deadlines, his efforts went unrecognized: “No one needs to be patted on the back every time, but if it goes on for a while without anyone saying thank you, you feel underappreciated.” At his new workplace, Stantec, an architecture and design office in Miami, professionals are recognized in company-wide emails and staff meeting, and the culture of gratitude trickles down. Projects are completed by teams and Sinis says he often thanks his team members who do more than their share. They do the same for him: “Because we have situations where it gets stressful, when we get to finish line together it’s gratifying. Saying thank you is part of the routine.” Sinis says if a co-worker pitches in to alleviate a few late nights, he reciprocates beyond verbal of gratitude: “I’ll say, let me take you to lunch, you really got me out of a jam.”

Of course for managers, employee recognition needs to be balanced with accountability and results. If someone deserves gratitude, Bob Preziosi, a professor of management at the H. Wayne Huizenga College of Business at Nova Southeastern University, believes saying thank you is best done publicly so that it is observed and can permeate the culture. However, Preziosi sees nothing wrong with employees giving the boss a push. “An employee may need to do a reversal and shoot a gratitude bomb at their boss,” he says. “Hopefully, their boss will pick up on it and respond.”

–People were least likely to express gratitude in workplaces … despite wishing to be thanked more often themselves at work.

–Bosses, regrettably, were placed the category of “never” being thanked by 35 percent of those polled.

–Given a list of categories from friends to education to modern medicine, people were most grateful for their immediate families. Lowest on the list was their current job.

Cindy Krischer Goodman is CEO of BalanceGal LLC, a provider of news and advice on how to balance work and life. She can be reached at balancegal@gmail.com.

Have a question?
Please connect us with our